A bird's eye view of the trademark registration process in Norway

This article gives an overview of the trademark registration process from the moment of filing of a trademark application until its final registration. It reviews the different situations that may arise during the Norwegian Industrial Property Office (NIPO)'s examination and after registration. 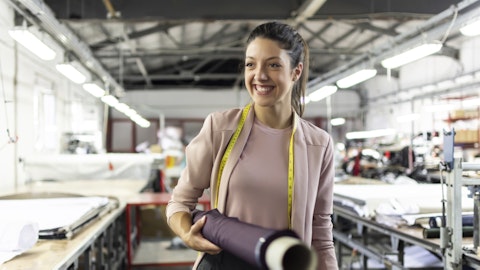 Main points about the trademark registration process in Norway:

The trademark can be filed electronically by e-mail, or through a secured portal or by postal mail.

NIPO examines the application. The process may take between 3-6 months whereupon the trademark is either registered or the applicant receives a so called statement- a letter- from NIPO indicating any formalities that need amendment or the existing of a relative or absolute ground of refusal that may hinder the registration.

NIPO will examine whether the trademark is "likely to be confused" with an existing trademark registration or application filed in Norway, i.e. whether there is a relative ground for refusing the trademark.

It will also examine whether the trademark has distinctiveness, i.e. is capable of distinguishing the products/services and guarantee the commercial origin of the same. The trademark cannot describe the product's nature, kind, purpose, size/volume/quantity, geographical origin or place of production, or other qualities of the product.

NIPO will then either:

1. NIPO rejects the application on a provisional basis

Applicants can respond to provisional refusals by either accepting the offers made by NIPO which may include narrowing the list of goods, or by arguing against the refusal (prosecution) because the applicant believes that NIPO is wrong.

It may be that NIPO believes the trademark is descriptive but the applicant successfully convinces NIPO otherwise. It may also be the case that the trademark has acquired distinctiveness through use in Norway prior to the filing of the application.

Statements of refusal have to be responded or trademark applications can be shelved.

If the refusal is based on a prior registration the applicant can argue against it but can also ask the owner of the citation for a consent to use/register the trademark subject of the application.

NIPO can be persuaded that its provisional refusal was too stringent and the trademark is registered or can maintain its position. The applicant can respond any new statement with more arguments and NIPO may be persuaded or not. Normally after three rounds of arguments it will consider the matter sufficiently clear and state that it will issue a formal decision.

NIPO renders a decision rejecting the trademark - Appeal to the BoA

If the BoA upholds a refusal the applicant can file an action for review of the refusal with the Oslo District Court which has exclusive competence on the matter and will review the legality of the decision. As opposed to EUIPO / BoA of EUIPO new facts known at the time of the administrative decision can be presented in Court such as proof of use evidence that a party did not have the chance to present to the registration authorities.

2. The trademark is accepted and registered

An opposition period of three months opens up whereby third parties can object to the registration.

When an opposition is filed, the parties will be granted the opportunity to argue for their views including a reply and rejoinder. The process normally takes 8-10 months after which NIPO issues a formal decision. In its decision NIPO either upholds or annuls the registration. In a vast majority of cases NIPO will uphold its registration given that in most cases it has already examined the trademark on which the opposition is based on. In other cases, the opposition succeeds on the merits. A decision by NIPO can be appealed to the Board of Appeal. A decision by the BoA can only be appealed in court by the applicant/owner of the trademark.

Another option is filing a lawsuit, instead of an administrative action, to revoke or cancel the trademark.

Parties interested in seeking the annulment of trademarks should act promptly or risk losing their actions due to acquiescence.

The trademarks are valid through a period of 10 years after which they need to be renewed by the payment of an official fee.