Proposals for reducing the right to employ and hire temporary personnel – what will happen?

We have previously discussed the Norwegian Government’s proposal for legislative amendments that reduce room for flexibility in staffing, especially on construction sites in the Oslo area. Since then, the Storting (the Norwegian Parliament) has adopted the proposed amendment on the right to hire temporary personnel. Meanwhile, proposed amendments to the hiring rules are still being considered by the Government. 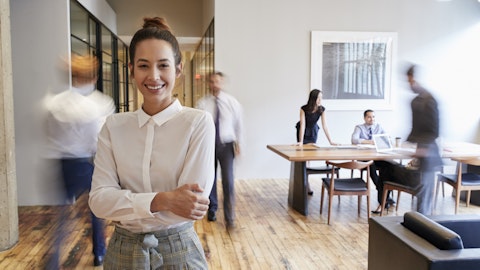 The general right of employers to employ temporary personnel for 12 months will end on 1 July.

The Storting has decided to repeal the previous general right of employers to employ temporary personnel for one year in Article 14(9)(2)(f) of the Norwegian Working Environment Act. This amendment will take effect on 1 July 2022.

From 1 July 2022, employers will be required to justify all temporary employment through other possibilities for exemption afforded by the law. As a general rule, employees must then be employed permanently. However, as of 1 July, employers will still have the option to employ personnel on a temporary basis, e.g. to hire temps to substitute a permanent employee for up to three years or to undertake work of a temporary nature for up to four years.

A ban on hiring on construction sites in the Oslo region?

The Government’s proposal to ban all staffing company hiring on construction sites in Oslo, the Viken county, and the area of the former Vestfold county has not yet been adopted. An extraordinary number of critical responses were received by the public consultation deadline of 19 April this year. Since then, the competent minister has said, however, that they want a clarification with a decision in the form of a regulation in the autumn.

We will follow developments and will provide updates when the Government concludes its deliberations on this important issue.

End of the right of staffing companies to hire temporary workers?

The Government’s proposal to abolish the right of staffing companies to hire temporary workers has also met with an exceptionally high number of responses expressing criticism. Nonetheless, the competent minister intends to send the bill to the Storting before the summer in a bid to get Parliament to consider the proposal in the autumn.

In practice, it appears unlikely that such a general tightening of the right to hire for companies without a collective agreement or a hiring agreement with their shop stewards can take effect any earlier than 2023.

Do employers no longer have the option to hire personnel from staffing companies for more than two years?

The same applies to the Ministry’s proposal to reduce the maximum hiring period to two years. This amendment, too, will also probably go through the Storting during autumn, but is unlikely to take effect before 2023.

The boundary between hiring and contracting

The bill seeking to establish a new definition of the boundary between hiring and contracting will probably also be considered by the Storting during the autumn of 2022, but will probably not enter into force before 2023.

This means that several current contracts could be classified as hiring contracts over the next year.

Codex Advokat will keep you updated

In the coming months, we will continue to work closely with our Labour Law Department to provide ongoing updates on the above changes as they come into force and inform you of any transitional rules or exemptions likely to emerge.

Receive advice and tips from Codex

For employers and entrepreneurs.

We will share tips and advice about issues that arise in the borderland between law and economics.

We address issues and challenges related to laws and regulations that have consequences for your organization.

Yes, I would like to receive free e-mails about relevant news and articles