The Government has proposed several legislative amendments that restrict the possibilities for flexibility in staffing, especially on construction sites in the Oslo area. This is part of what we have in store. 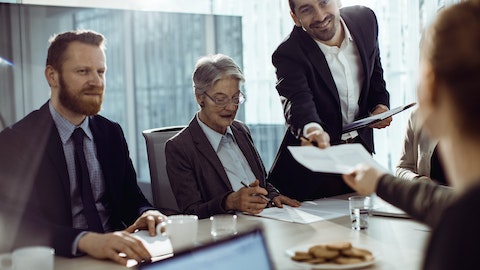 Eliminating the general right of employers to hire temporary personnel

In December last year, the Government proposed eliminating the general right of employers to hire temporary personnel for one year (Article § 14(9)(2)(f) of the Working Environment Act)).

The change it brings will mean that employers will be required to justify all temporary employment through other possibilities for exemption afforded by the law.

Temporary employment for up to one year without any justification will no longer be possible after the change takes place.

A ban on hiring on construction sites in the Oslo region?

In January this year, the Government put out a document for public consultation containing proposals seeking e.g. a ban on all hiring by staffing companies on construction sites in Oslo, the Viken county, and the area of the former Vestfold county.

The ban is to take effect in the form of a regulation ban. In practice, this means that the subsequent process may take less time than the one for an ordinary legislative amendment. The consultation deadline has been set for 19 April. You are welcome to submit your comments on the ban by that time, but please note that no ban will be adopted before April. If adopted, the ban is unlikely to be implemented before the summer, perhaps not even before the turn of 2023.

End of the right of staffing companies to hire temporary workers?

Said consultation document proposes abolishing the current right of staffing companies to hire personnel for work of a temporary nature.

If the Storting approves the amendment, contractors will no longer be able to hire extra personnel from staffing companies to help level off their workload peaks. As a general rule, employers will have the right to hire temporary personnel to relieve permanent staff, provide traineeships, and take labour market measures.

However, contractors bound by the FOB (Norwegian Regulations on the General Application of Collective Agreements to Construction Sites in Norway) or another collective agreement entered into with the Fellesforbundet (The United Federation of Trade Unions) or another large trade union will still be able to hire personnel from staffing companies for work of a temporary nature and in other situations if the contractor regulates the matter by entering into an agreement with their shop steward. If you have such a collective agreement and a sound relationship with your shop stewards, your opportunities to continue to hire personnel from staffing companies will be as broad as they have been to date. There is one exception, though:

Do employers no longer have the option to hire personnel from staffing companies for more than two years?

Under current rules, contractors and others will be able to hire craftsmen from staffing companies for up to three years in the case of a temporary position, or four years in the case of work of a temporary nature. Where hiring is based on an agreement with a shop steward in companies bound by collective bargaining, no absolute maximum period for hiring beyond the stipulations of the agreement with the shop steward will apply.

In its bill, the Government proposes reducing the maximum hiring period to two years, regardless of whether the hiring rationale is covering for permanent staff, an agreement entered into with a shop steward, or any other reason.

After the two years are over, the hirer will then be able to consider hiring more personnel, outsourcing work as a subcontractor, or solving their staffing needs in other ways.

Tightening of the boundary between hiring and contracting?

If you opt to outsource some work to a subcontractor rather than hire craftsmen to do said work for you, you should note that an amendment to the law could result in the tightening of the boundary between hiring and contracting. This means that the legislator will consider all aspects of hiring.

In its consultation document, the relevant ministry stated that this may mean several current contracts, in particular contracts for the purchase of services, being classified as hiring. Accordingly, a contract characterised as a subcontract may in fact prove to constitute illegal hiring. This will have implications for hiring rules under the Norwegian Working Environment Act.

Codex Advokat will keep you updated

In the upcoming period, our Labour Law Department will continue to monitor changes as they take place and keep you updated on when these and other relevant legislative amendments are adopted, when they enter into force, and what transitional rules or exemptions are likely to emerge at that point in time.